​P.A.W.S. is a foster-based rescue, which means all of our rescued animals are kept in home environments while they recover and await adoption.

We are ALWAYS in need of more foster homes. 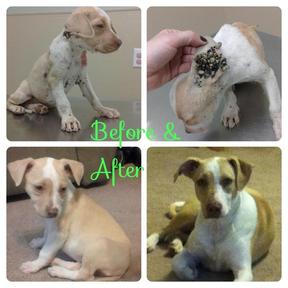 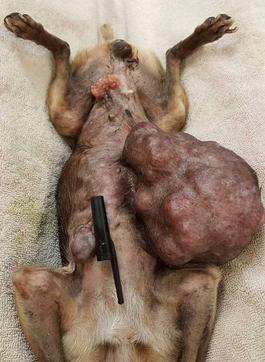 ​ The first you can do to be involved and save animal lives, is spaying and  neutering your own animals and making sure that they are microchipped or  always wearing tags.

What happens without spaying and neutering?

All citizens, including those who do not even have pets, are affected by animal  overpopulation. Millions of tax dollars are spent annually to care for lost,  abandoned, and unwanted pets... and millions more are euthanized because no  one adopts them.

The health and safety of our communities is another concern. The greater the  population of unwanted animals, the greater the incidence of such animal  related issues as rabies, dog bites, cat scratches, traffic accidents, and animal  abuse.

This is an example of a mammory tumor on a tiny chi that we found on the  West side. The tumor weighed 2 lbs and was caused because she was never  sterilized.

When families spay/neuter, the majority of these issues can be eradicated.

​Why adopt instead of buy from a breeder?

On any given day, San Antonio Animal Care Services will euthanize between  5-50 dogs and cats, many are owner surrenders or strays. The monthly  numbers are staggering. This completely defeats the purpose of San Antonio  becoming a no-kill city.

These animals that are getting euthanized typically having been initially  purchased from a breeder. 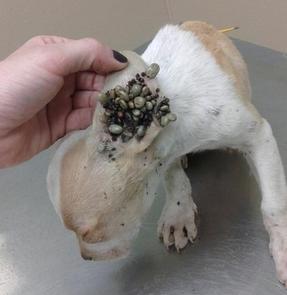 ​When animals are not spayed or neutered, they breed. Unfortunately, the collateral damage is to their offspring.

This poor puppy was found wondering in a neighborhood by a young woman. When Stormy was rescued, it was discovered that she was infested with fleas and ticks. She was on the verge of death, but fortunately, she was saved.

Tick disease can be a very deadly disease for puppies and dogs. Always make sure your dog is on monthly flea/tick prevention. 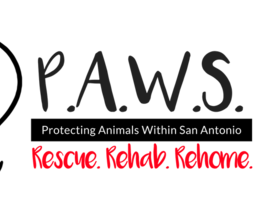